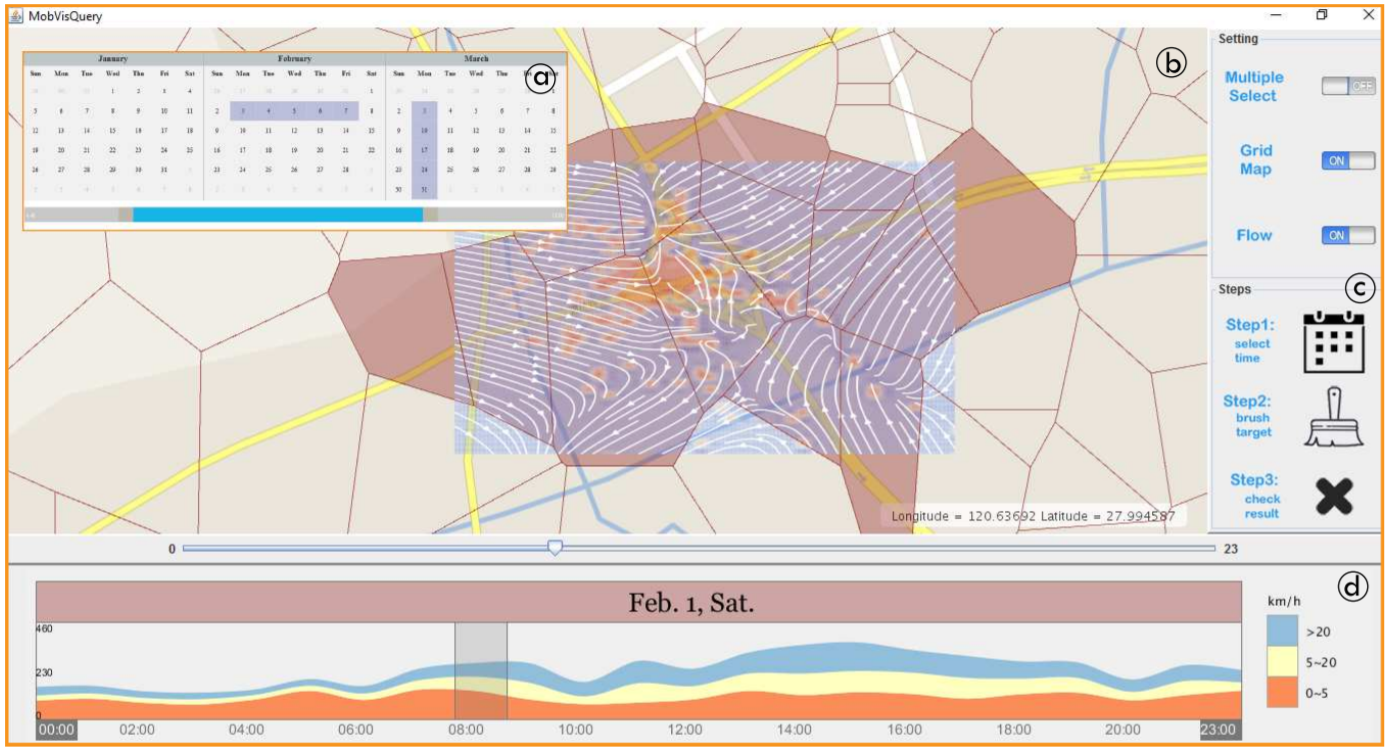 Thanks to the ubiquitous cell phone use, we have never been so close to uncover population mobility patterns in urban area. While some researches utilize cellphone call records to mine population patterns, few works aim to depict population movement in adaptively spatial and temporal representations, i.e., from a community, a district in the city over an hour, a day to a week. In this paper, we construct a system which deciphers, transforms, queries, and visualizes the records from the millions of users in a city. In particular, we design a data structure, namely MobiHash, which collects phone call records over base stations and indexes them by utilizing a Voronoi division of the urban space. MobiHash supports responsive data queries so that users can interactively retrieve trajectories reflecting population flows in areas of interest. Moreover, population movement is represented as vector fields to reduce visual clutter and occlusions. Because of sparse moving points, a novel radiation model is proposed to interpolate population passing zones. Case studies and experts' feedback validate the utility and efficiency by comparing population moving patterns in different times by using our system.